Queensland’s real estate market has been one of the most volatile in Australia in the last decade. In the swings and roundabouts of the state’s market, some agents at the top of their game have managed to grow their own businesses despite market adversity.

We speak to the A List agents in the state – those most frequently chosen by vendors in their marketplaces – about their tips for success despite the market climate.

It can’t have been easy for a fellow with expertise in panel beating and shark fishing to decide to enter the real estate industry in Queensland only two months after the GFC had hit. What’s worse is that he chose to operate in one of the worst markets in Australia in recent years, Cairns. Yet, somehow his business has doubled every year for five years. 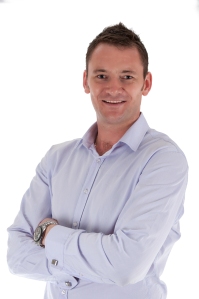 “I only had the shirt on my back. When I started my boss gave me $1000 to buy a suit,” Cairns agent Karl Latham says.

Not long before this his mother had passed away and it had inspired him to strive for more and make her proud.

“I was determined to establish a successful career, to be the leader in the area. I did my homework, got my name out there, door-knocked the whole area, communicated with every household in the Mooroobool and did my networking by holding a real estate information stall at the local Sunday markets.”

It paid off. He’s been ranked in the top ten for PRDnationwide and some 69 per cent of Karl’s business is from referrals. Another major origin of clients is the failings of his competitors.

“I often take over others’ listings due to poor service, lacking communication and ineffective marketing. That’s what my vendors tell me.”

Karl is in the top one per cent of listing agents in all of Queensland.

Some 19 hours drive south of Karl is a woman who started in real estate eleven years ago. She’d been enjoying life as a mother – plus plenty of tea and tennis – before attempting to sell her own home and finding the agent’s skills lacking.

“I was inspired by the bad practice of others,” says Paddington agent Glynis Austin. “I knew I could do better and made a commitment that if I made enough money in the first three months I’d stay in the industry. 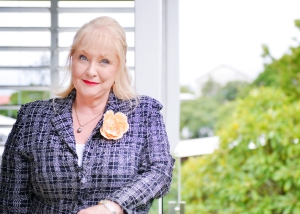 “It’s easy to succeed. Hard work, no magic, go the extra mile and put the client before yourself.”

Glynis’ market is impacted less by the GFC today and more by lack of stock. “Stock is tightly held and sellers are fearful of losing money because the media is telling them to hold on.”

Glynis is a classic a-type personality. She works a lot, is focused and is superbly presented. In fact, that’s where she thinks most agents need to improve themselves

A local competitor agent agrees. “Agents need to know how to convey, present and conduct themselves,” says Byrony O’Neill who operates in the very same suburb as Glynis. Byrony O’Neill is another top listing agent in Queensland who, ironically, was told she was unsuitable for the industry after completing a personality test. Today Byrony has sold close to $200,000,000 of property. In many ways, she was obviously meant for the real estate field

“Coming from a travel background, where I was selling a holiday experience and helping people fulfill dreams, there was a close association with property. I like to help people. I like to see them happy with the end result. 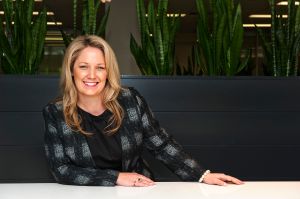 Like Glynis, Byrony believes hard work and integrity are key to success. She says local buyers are more active this year than last. “Consumer confidence is coming back.”

Confidence isn’t back, however, up in the mining basin and sugar capital of Australia – Mackay – where agent Ben Chick operates.

“It’s tough at the moment. It [property] is based on confidence and at the moment people are still losing jobs.”

He joined the real estate industry in the aftermath of the GFC after working as a mortgage broker and managing television and radio stations.

The market in Mackay has not been easy in that time, but Ben’s performance has contradicted it. Like Glynis Austin in Paddington, Ben is driven by contradicting the bad experiences he had as a client of real estate agents. He had an aspiration to be the best new agent in the state. And he is certainly right at the top.

Ben has a simple ethos that gets him through a fluctuating market.

“Know your town, be good to people and stick it out through the good and bad times. You don’t need to be a guru just spend the time with your customers,” Ben said.